"President Mission" is the sixth episode of Season 5 of Lab Rats: Bionic School. It aired on October 23, 2015. This is the one-hundred and fourth episode overall.

When Agent Reed has trouble with an assignment from the president, she calls Adam, Bree, Chase, Leo and Donald to help her. Meanwhile, while Donald is gone, Perry and Tasha argue about who's in charge but accidentally send Davenport's rocket to space. 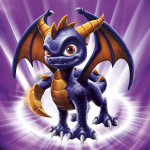